Arduino is able to run independently and at the same time it is able to communicate with software running on the computer (for example, Flash Processing and MaxMSP) free to download open-source Arduino IDE ), plus it makes it easy for the user to write the code and upload it to the board.

What can be done with Arduino?

How did Arduino get started?

Arduino started out as a project for students at the Interaction Design Institute Ivrea, a city in northern Italy. The members of Arduino’s core development team were Massimo Banzi, David Cuartielles, Tom Igoe, Gianluca Martino, David Mellis and Nicolas Zambetti.

Massimo Banzi students often complained that they could not find a cheap and easy-to-use microcontroller. In the winter of 2005, Banzi mentioned this while talking with a Spanish chip engineer, David Cuartielles, a visiting scholar at Massimo’s university, in his own Decided to design the circuit board and asked Banzi’s student David Melis to design a programming language for his board in this project. David Melis finished the source code within two days. It took him another three days to do more work on the circuit board. He named it Arduino.

In today’s time, one can work with Arduino even without knowledge of computer programming. With Arduino, you can make a flashing light show.

Why was Arduino named Arduino?

Ivrea is famous for the story of a oppressed king: in 1002 AD, King Arduino received the crown of Italy; However, in 1004 AD, he was dethroned by King Henry II of Germany.
Today, on Cobblestone Street in Ivrea, there is a bar called “de Re Arduino” which was opened in memory of King Arduino. Massimo Banzi was a regular customer of that bar, and named his open-source hardware platform after him.

The DFRduino works in exactly the same way as the Arduino Uno. To remove any confusion in the names, let’s call it microcontroller. Let us examine its features:

The voltage supply is also shown in the figure below. The DFRduino can be powered either via a USB connection or from 612V DC via the barrel jack connector. Four LED lights and a reset button have also been installed on the board. The LED light marked with “ON” is the power indicator, which will turn on once power is connected. The LED light marked with “L” is an indicator for digital pin 13. There are indicator lights for TX (transmit) and RX (receive) serial communication. When we upload a program, these two lights blink rapidly, indicating that data is being sent and received between the board and your computer. 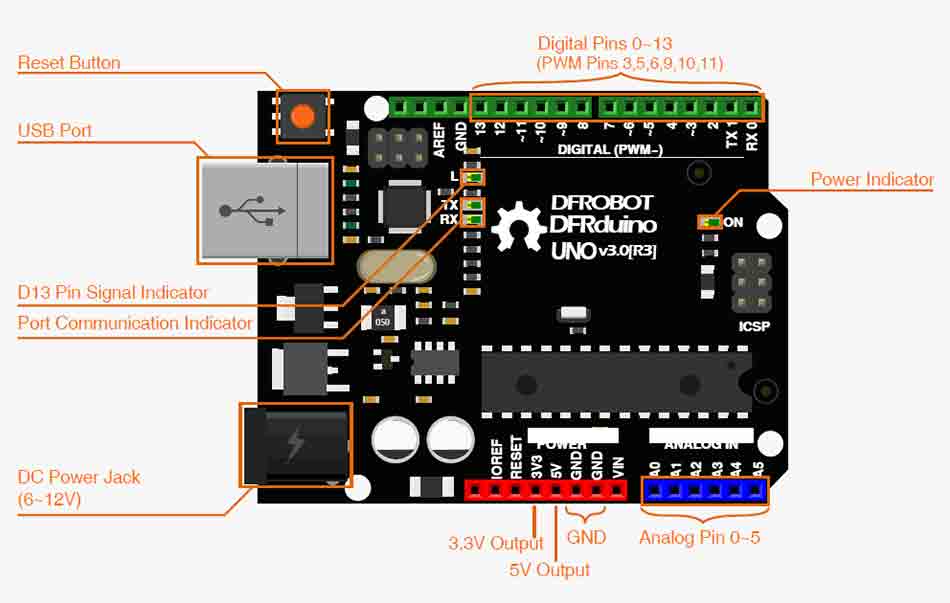 How to use Arduino for the first time?

For Windows users, please click on “Windows (ZIP file)”.
For Mac and Linux users, please select the relevant link for your operating system.

Once downloaded, extract the files from the directory of your choice, once extracted, open the directory. It should look like the image below. 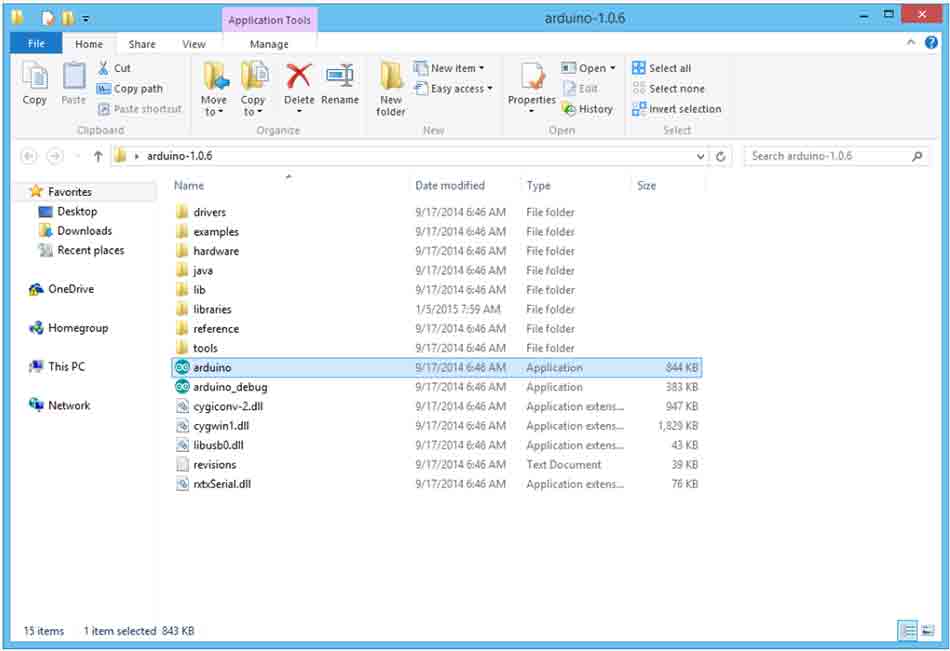 Connect the microcontroller to your computer using a USB cable. Once it is connected, the power indicator light of the board will turn on (on). 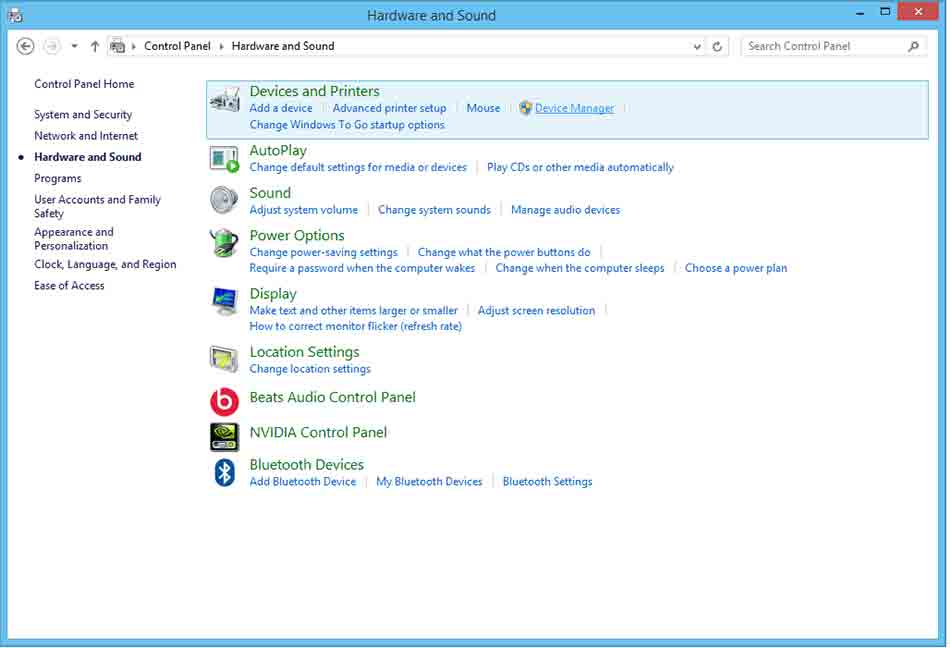 Open “Control Panel” and navigate to “Device Manager” to set up the driver. 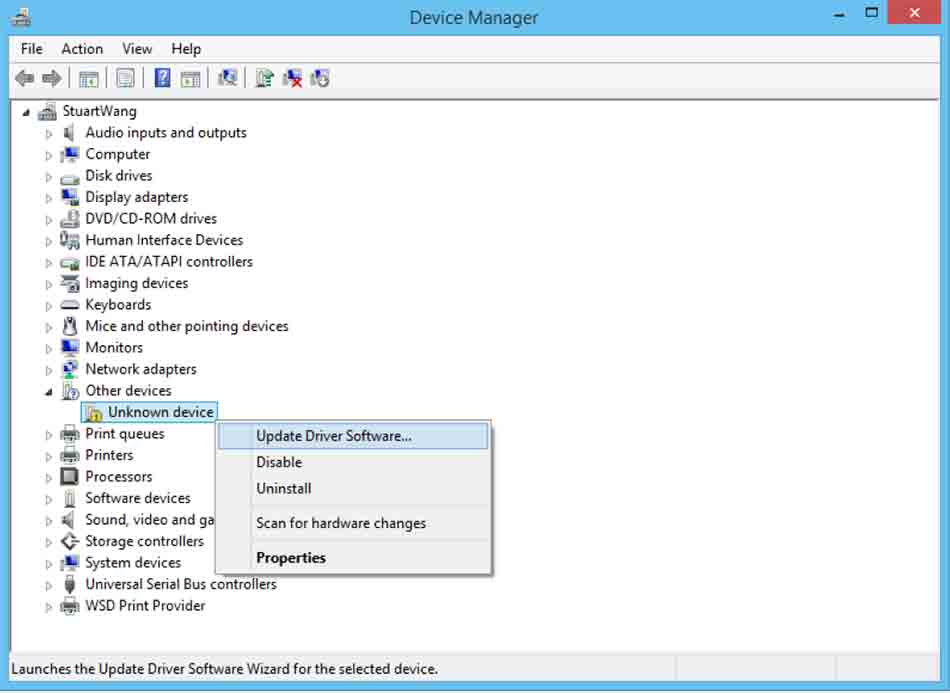 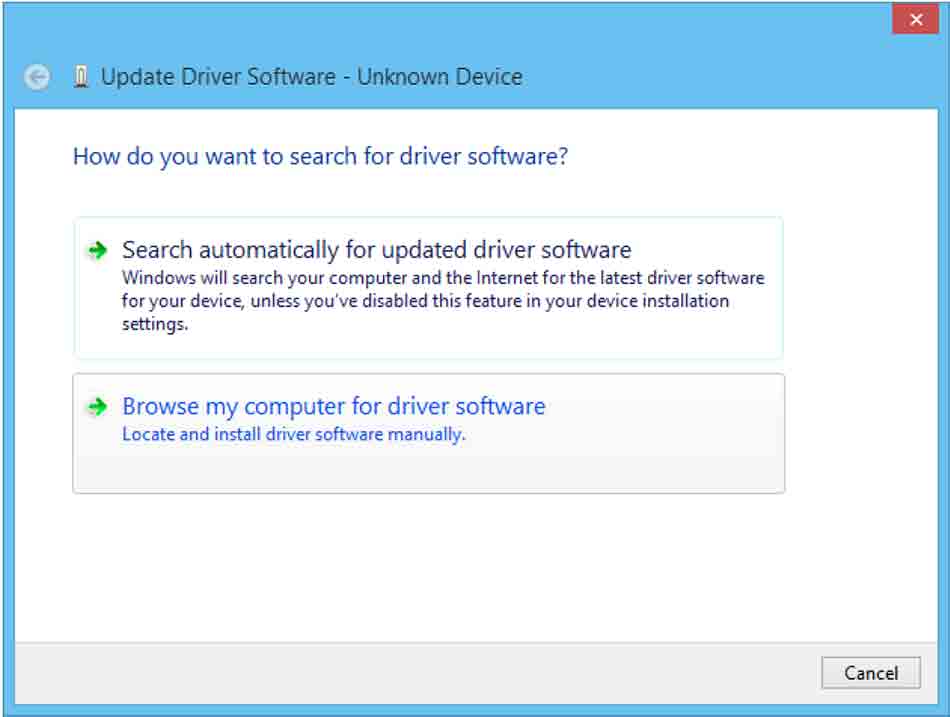 Navigate the browse dialog to your Arduino directory. Inside this directory is a subfolder called “drivers” where the Arduino drivers are stored. Select this directory and then click on “Next”. 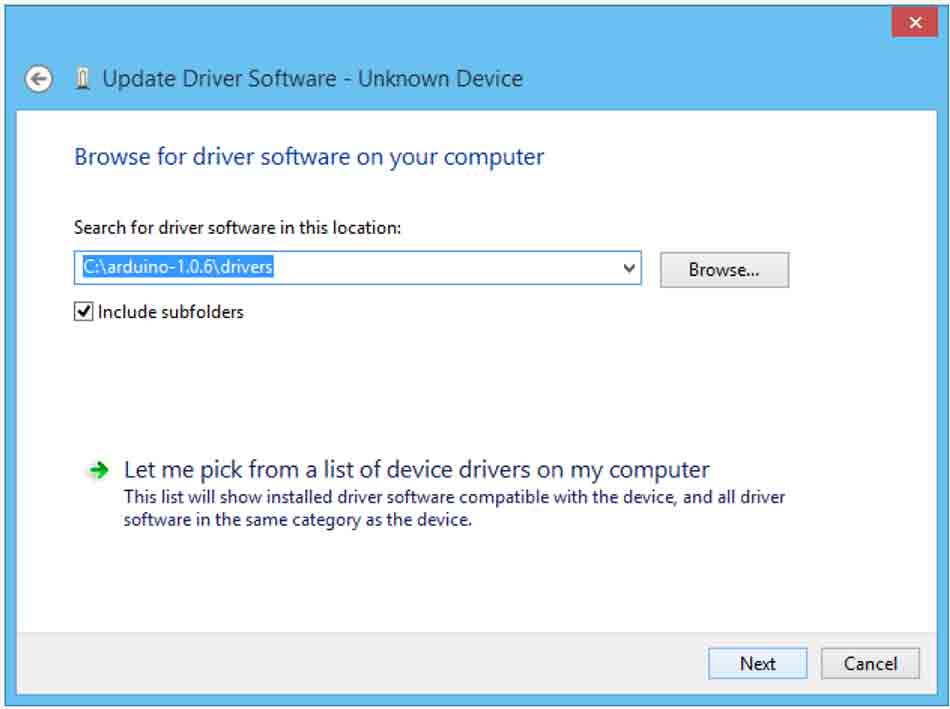 After that hopefully you will see a window. This shows that the drivers have been successfully installed!

If you run into any problems, visit this website for help: https://www.arduino.cc/ 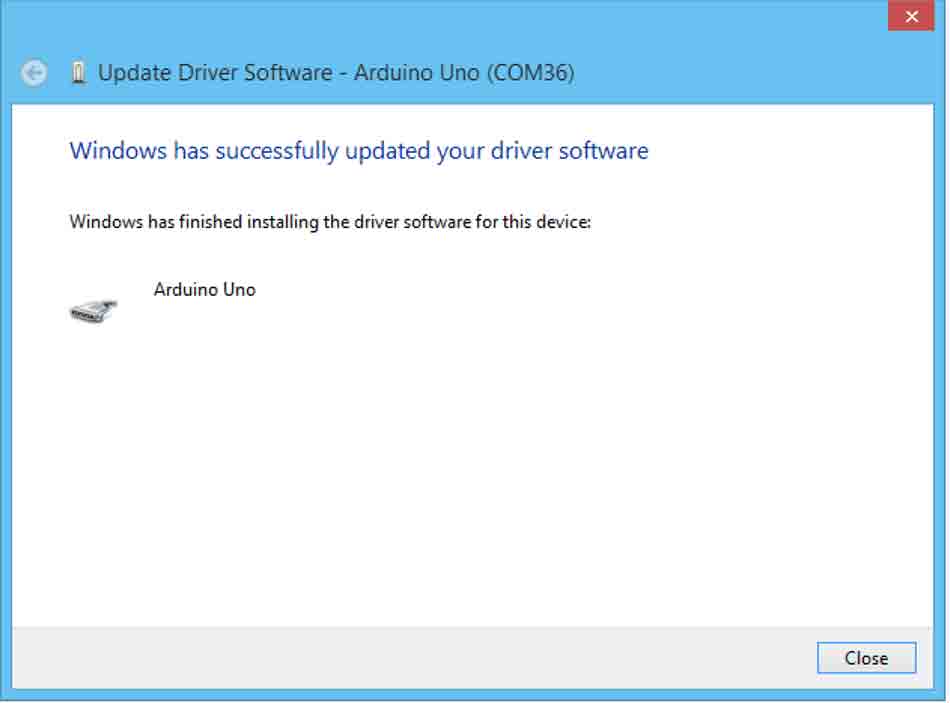 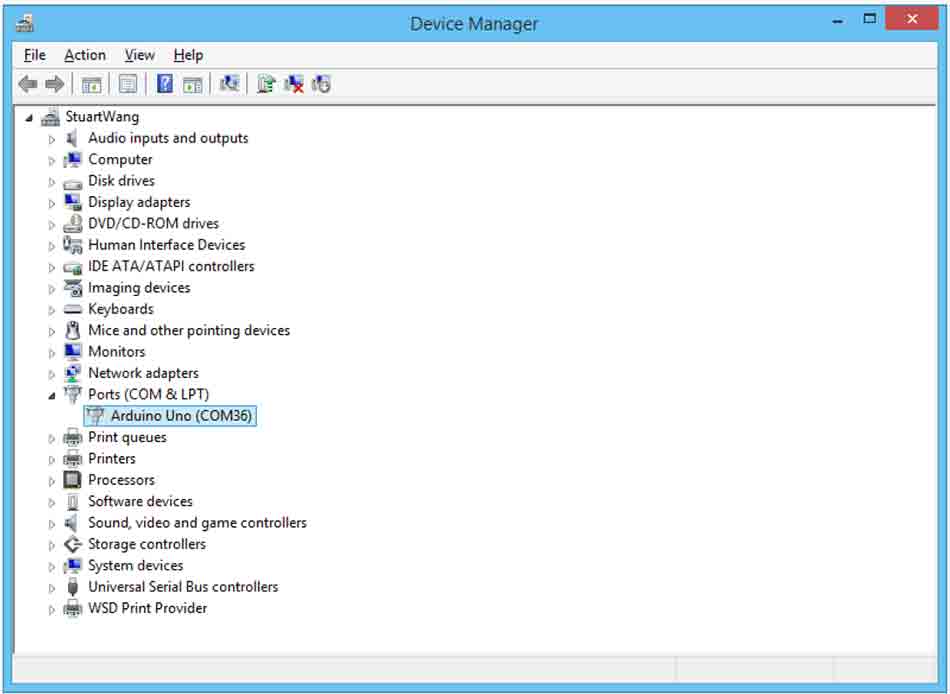 Step 3 Introduction to the Arduino IDE

Inside your Arduino directory, open “Arduino.exe”, an application will open and a code editing interface will appear. 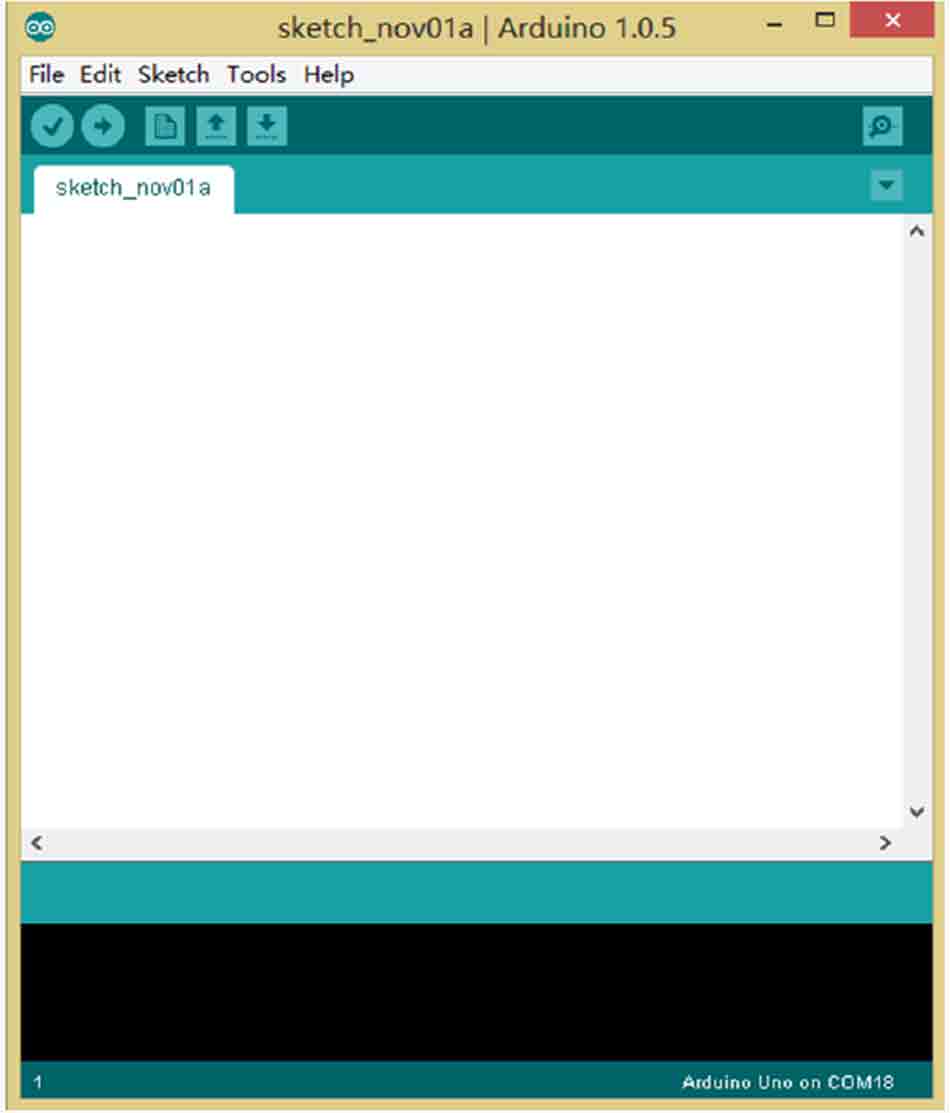 If you want to change the language of the interface, select “File” and then “Preferences” to open Preferences. 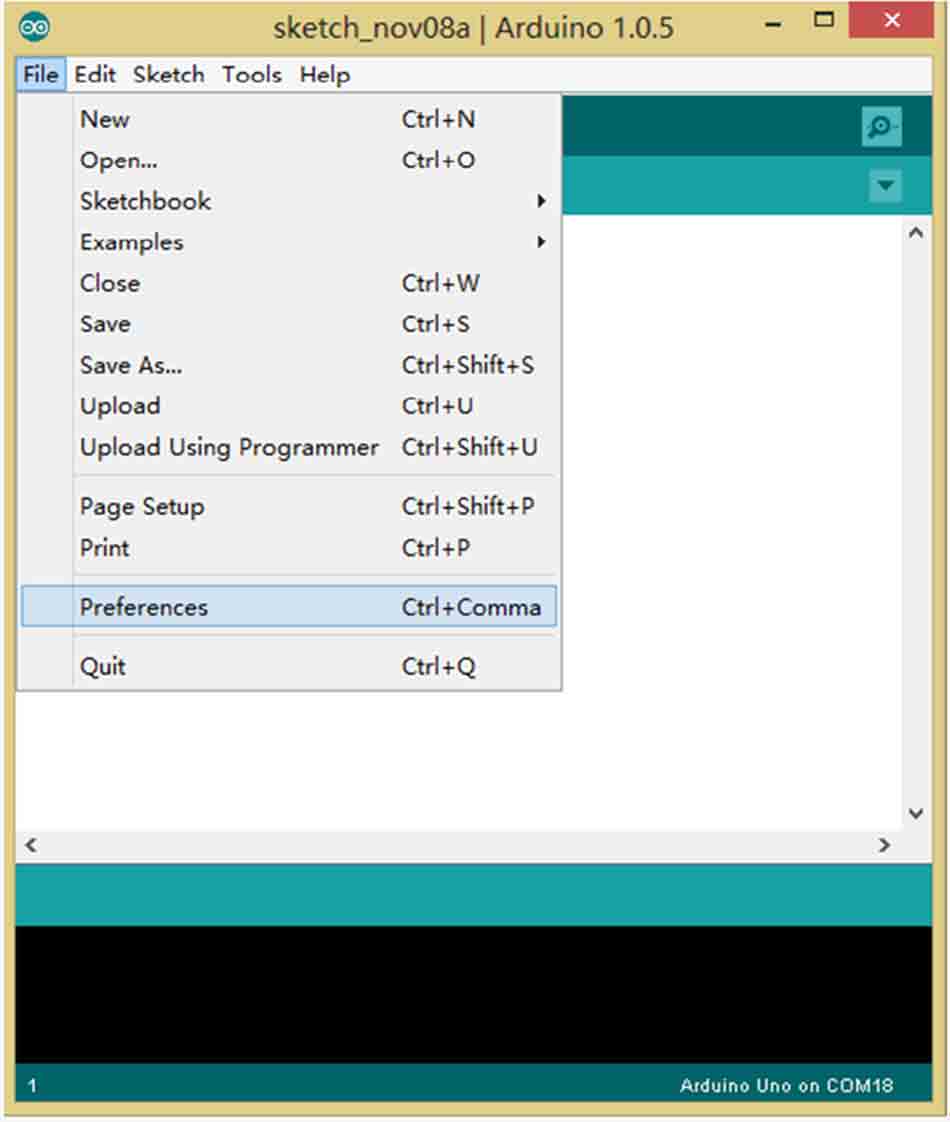 The dialog box shown below will pop up, in it select “Editor Language”, then choose your language and then click on OK. 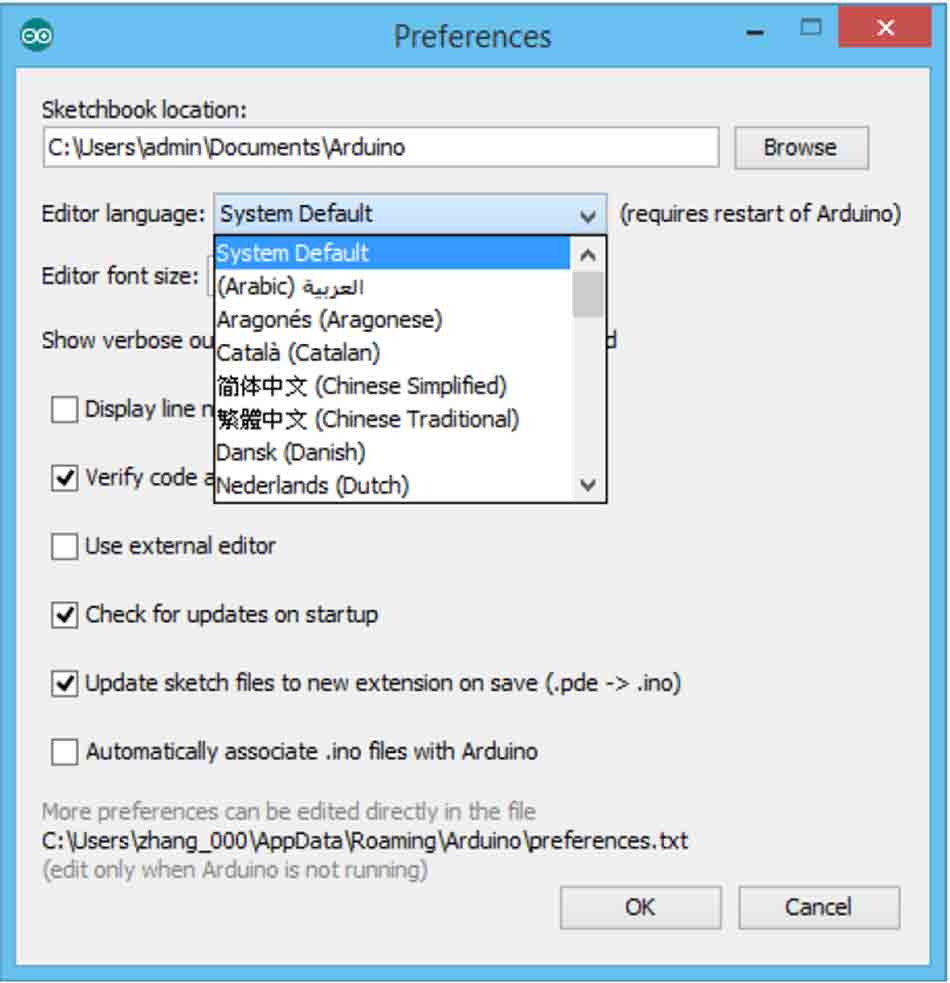 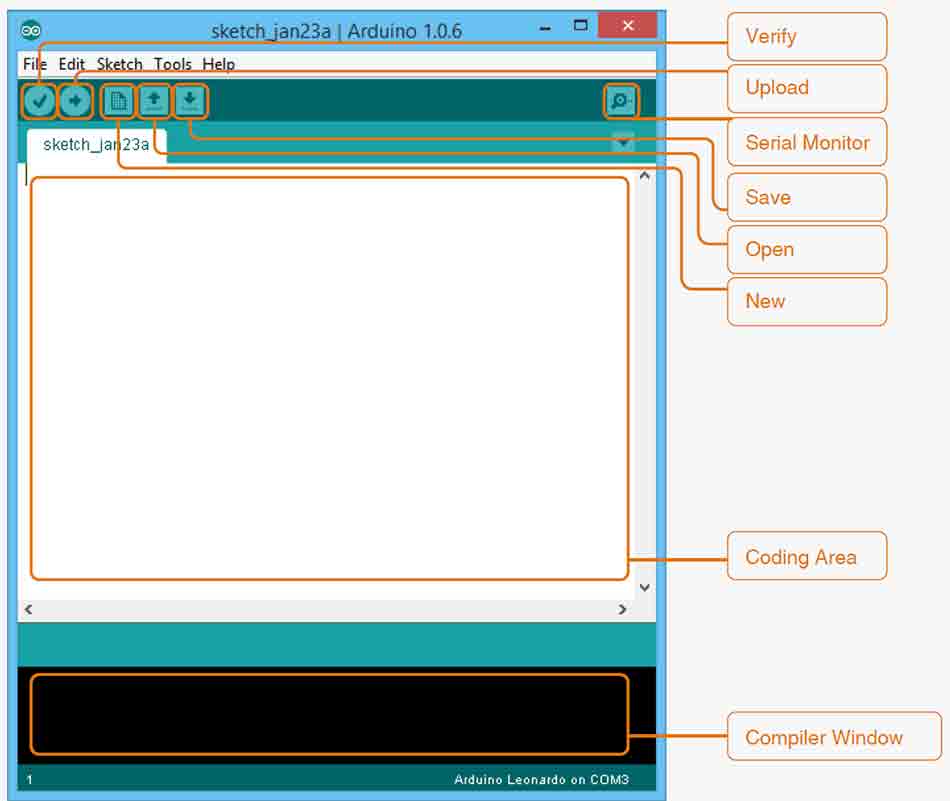 The interface shown in the picture above is where you will write and upload the code inside the Arduino IDE. The main white area is the area where you input the code. We use the C programming language to program microcontrollers, which we will discuss in more detail in later chapters. When you click “verify” or “upload”, the code instructions you type will be translated into machine language by software called “compiler” so that the microcontroller can understand it. This process is called “compiling” or “verifying”. The messages shown in the black area will show information about the compilation and upload process. 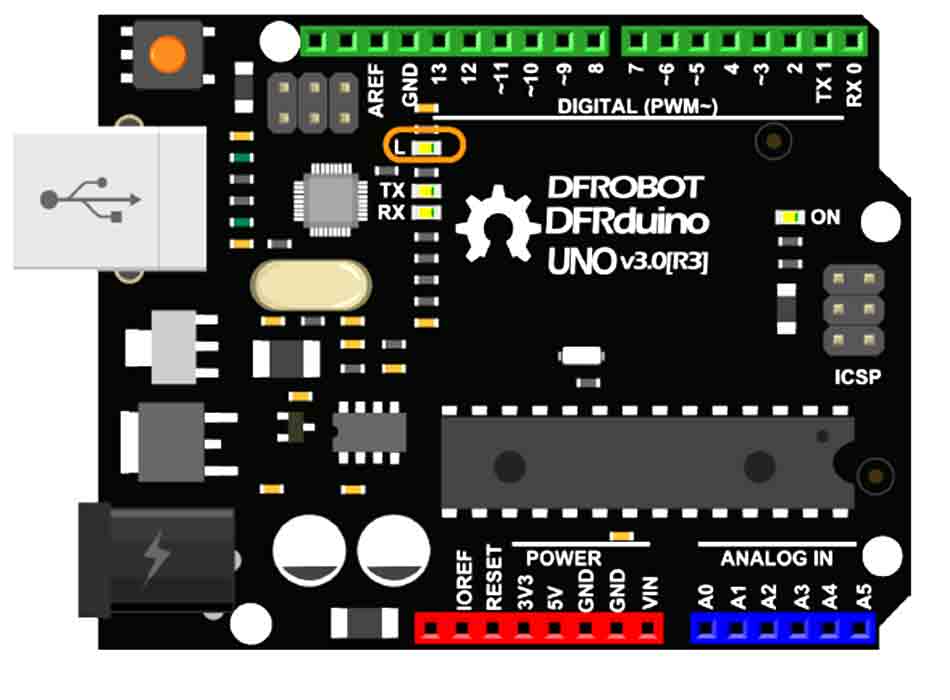 Connect your computer to the microcontroller using USB. 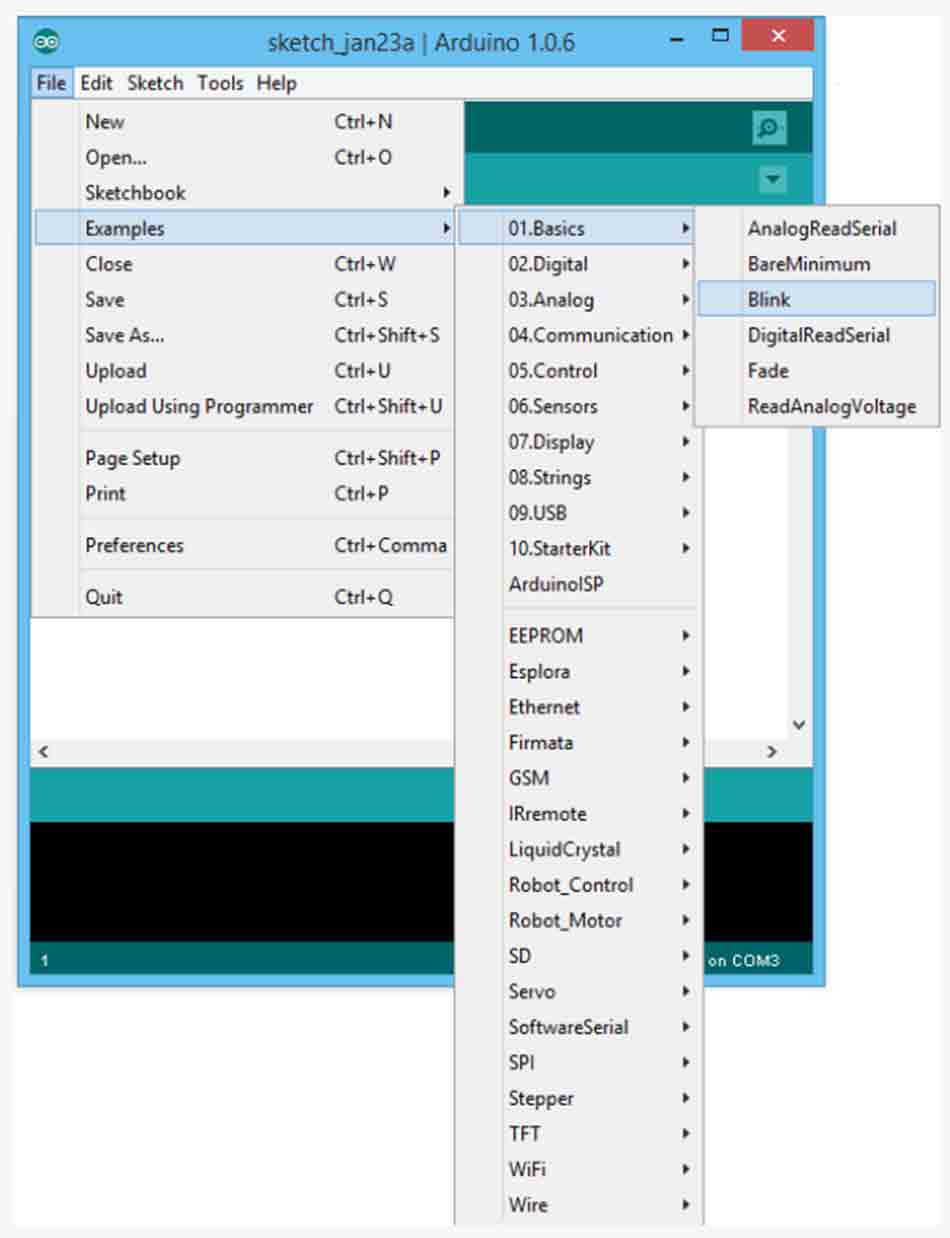 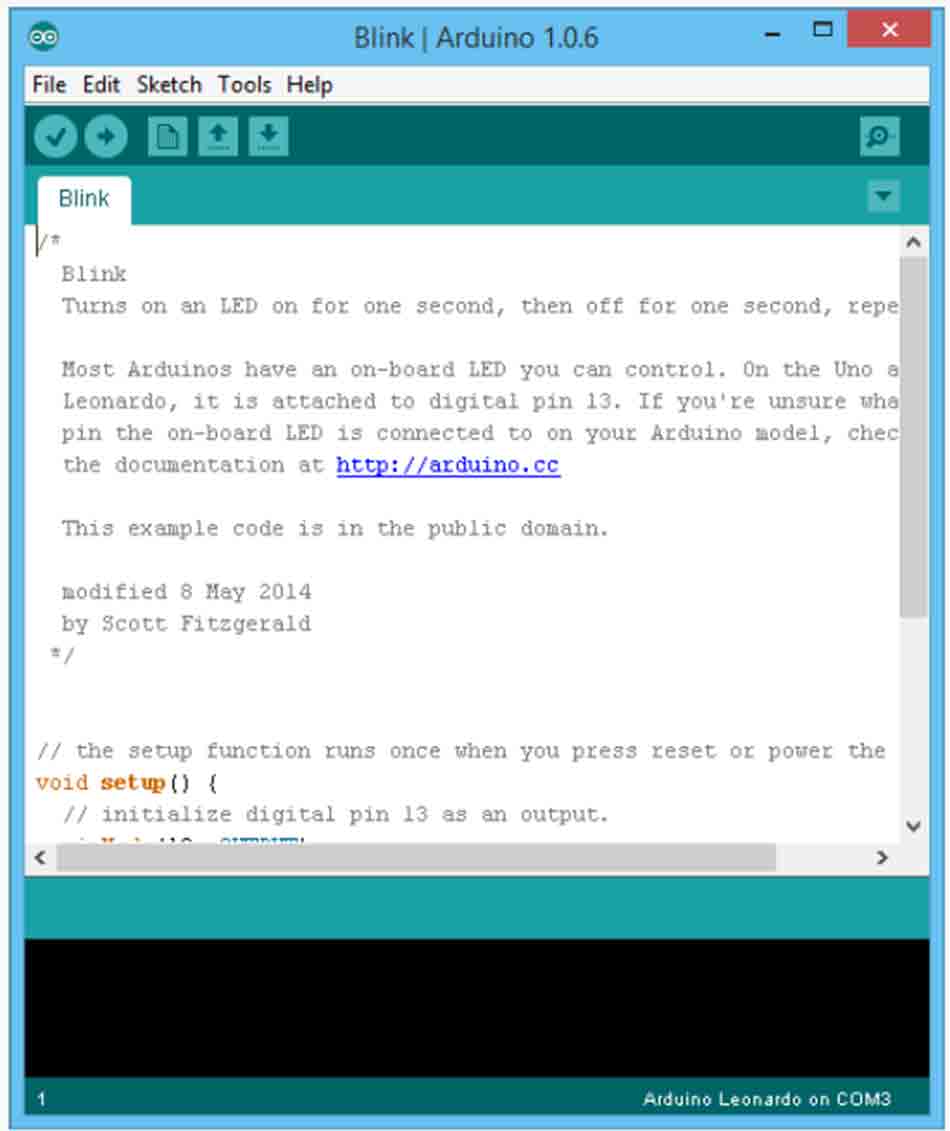 Since this is an example program, there will be no syntax error in the code. When we write the code ourselves, we can click on “Verify” to check if there are any syntax errors. 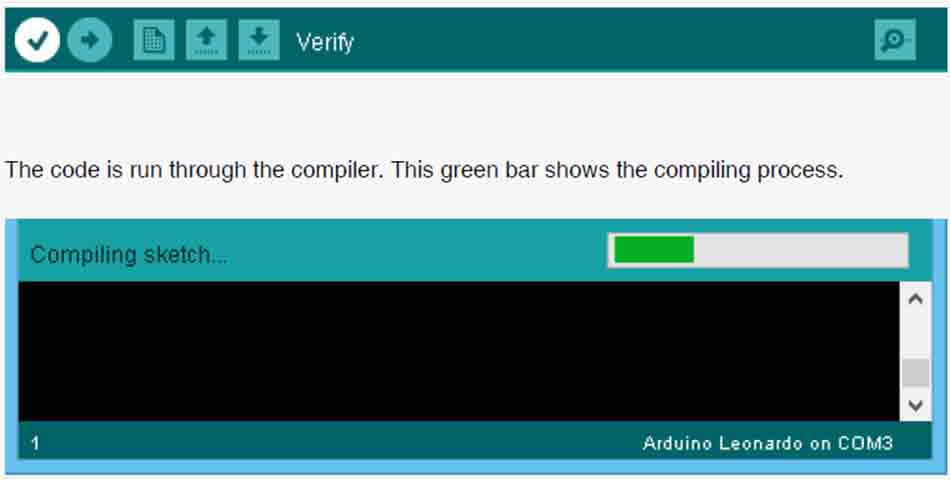 Now you will see this output.

Before the code is uploaded to the microcontroller, the IDE will automatically verify it.

If there is an error in your code, a big orange message box will appear at the top of the compiler window indicating a problem, and your code cannot be uploaded until this problem occurs. is not resolved.

Before we can upload a program, we need to tell the computer where to send it. In the Arduino IDE, we need to select the type of Arduino board we are using as well as the serial port the board is connected to.

Navigate to Tools > Board and then select Arduino UNO from the list. 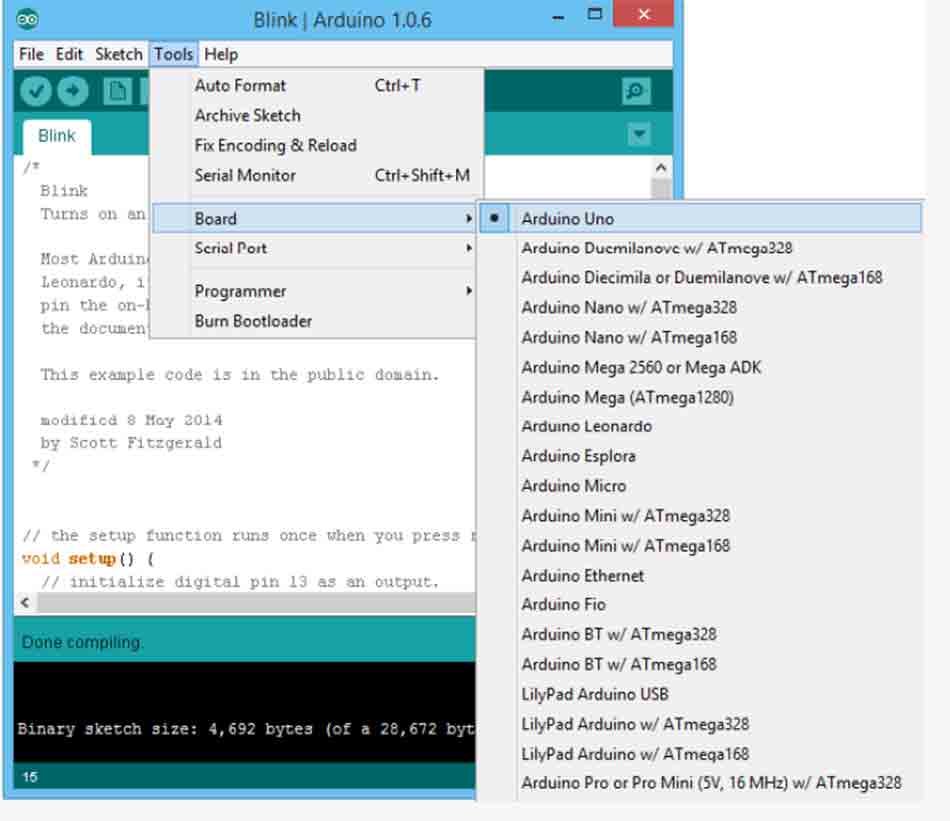 (There are many different types of Arduino boards of almost all sizes. Some Arduino boards have more RAM and more I/O pins and can hold larger programs.

We are using an Arduino Uno version, so we need to select Arduino Uno from the board list.)

Now select the serial (COM) port. Navigate to Tools > Port Your available serial ports will be listed. Usually it will be “COM” followed by a number.

In our example the board is connected to the computer on COM36. 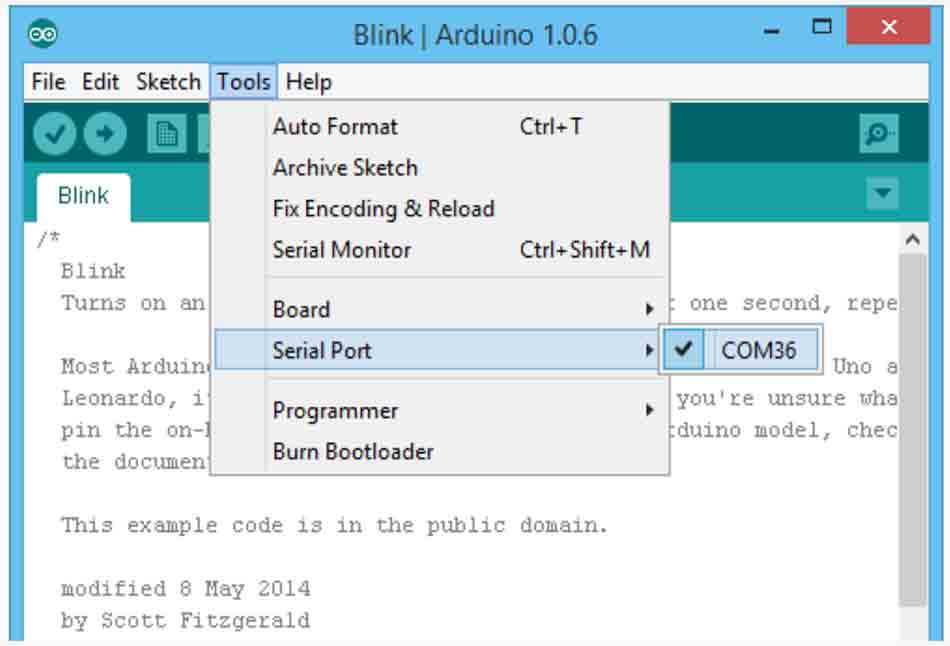 Now we should upload the code on the microcontroller.

Click on Upload in Arduino IDE. If everything is fine, the code will verify and then it will upload to the microcontroller.

When the upload is done successfully, the microcontroller will automatically reset

And the code will be executed.

This ends the blink tutorial.

There are three basic steps to upload the code to the microcontroller.